Facebook has just announced a rebrand, which affects the parent company – not the app. Just to be clear new and improved FACEBOOK owns the apps: Facebook, Instagram, WhatsApp and Messenger in this new rebrand.
Some have tied the rebrand into driving positive PR however according to FACEBOOK’s CMO, Antonio Lucio “We’re introducing a new company logo and further distinguishing the FACEBOOK company from the Facebook app”. Lucio also says that the “brand change is to better communicate our ownership structure to the people and businesses who use our services to connect, share, build community and grow their audiences.”
The expected rollout will be similar to the below. And Twitter CEO Jack Dorsey has already taken a stab at the rebrand – cue incoming memes for days. DAYS. 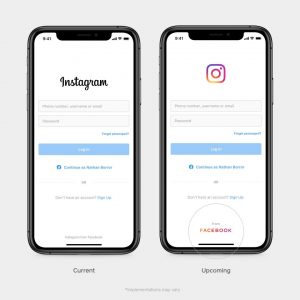 Just to get your creativity flowing… 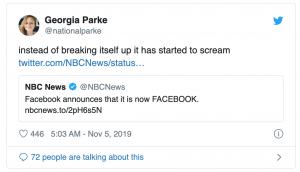 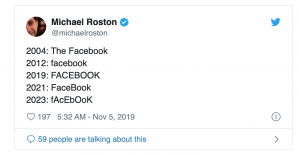 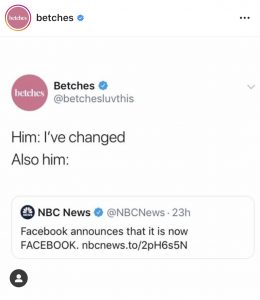 Let us know what you think of the new rebrand!
Related Tag: Facebook Marketing Sydney 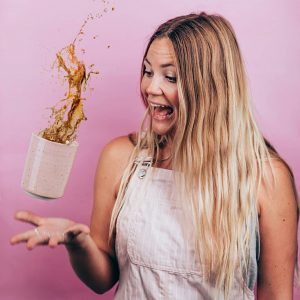 Elena is a passionate leader with a deep love and understanding of social strategy and brand. A native of Colorado, Elena loves the Sydney ocean and when she isn’t working on strategy you can find her honing her surfing skills in Freshwater!